Earthquake. Or a shift in things

a small earthquake (okay, tremors or something)

(either that or the Short one talking

about hypnagogia had something to do with it)

(Subnote: she asked me to do some homework on it)

So I spent some time in my head

(I think I'm too tired to sleep. It was an awful flight back from HK, more so because of the meal at Chilli Fagara. They had a deep pot with bits of fried chicken but chillies out the wazoo. And that's what I think kept me from a comfortable flight. But I would like to go there again)

One thing I realized is I would

rather be the *remarkable* person than the rich, successful, heck even happy maybe. May be not.

(Maybe being that would make me happy. But a selfish sort I suppose)

Anyway, that was for one.

The other thing I realized is that when I do have money, I will spend (especially on family) without second thought. Perhaps to a fault. No, I don't mean to sound like an ass about it but I think back to the holiday I took my family on to Scotland. I usually remember det

ails, including the cost of big ticket items.

But of that trip,

I don't. I remember where we stayed (B&B), the train and the first class cabins (first for me. Last for me thus far), how excited my folks were, the brilliant car ride, eating Haggis, Dad in front of the soap/candy? store, hanging with the sister in the main street/market in Inverness, telling Dad one day we'd be back so he could play St. Andrews (I don't get golf yet), mum cooking when I got back from work, accidentally locking

our selves out and the sister having to climb in through a window one floor up, the god awful loch ness boat, the lochs, them leaving and me going back to an empty flat)

(Okay, maybe I can do better)

But the mindfulness / panic over it, that I get from mum. I suppose instead of a panicky extreme, perhaps more moderation to the mix?

My point is: maturing involves realizing how fallible your parents can be, seeing them as other human beings, taking the best from each but learning to recognize th

e best in them as well.

I just checked the news. It was an earthquake 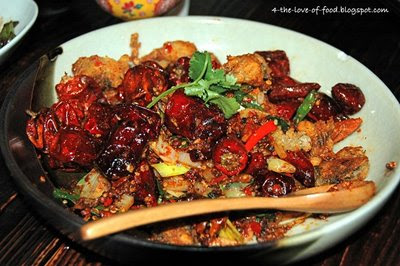 Posted by Zaphod at 9:30 PM No comments:

Labels: Growing Up, Nothing At All, Reminder
Newer Posts Older Posts Home
Subscribe to: Posts (Atom)